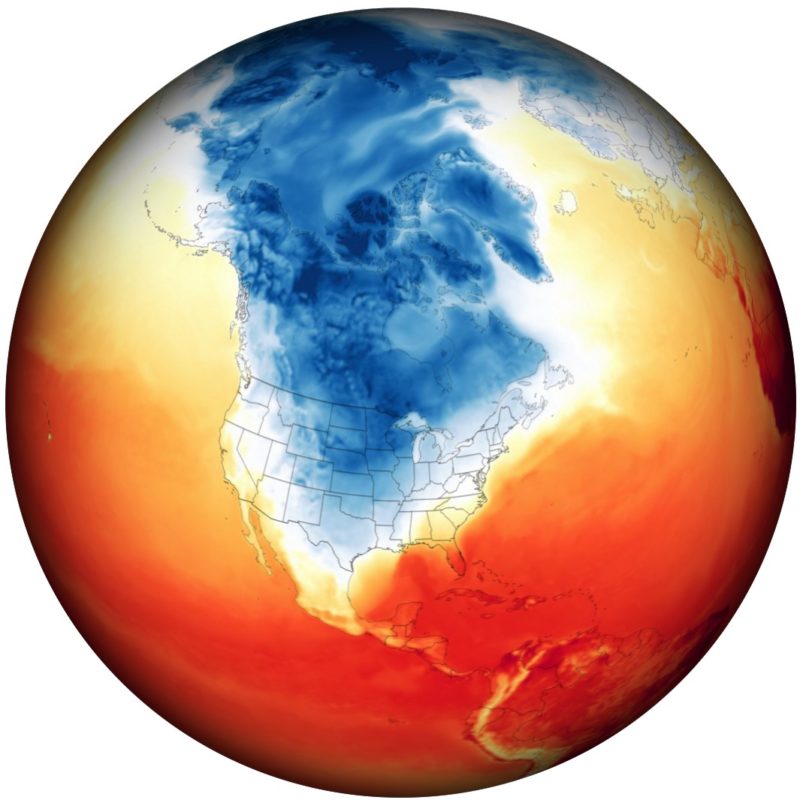 “Meteorologists call it one of the biggest, nastiest and longest-lasting ones [polar vortexes] they’ve seen, and they’ve been watching since at least the 1950‘s”(1)

It was scary to see how unprepared Texas was for a weather event like this. While the 2021 vortex was colder and longer than any before. There was also polar vortexes in 2011, 2014, and 2018 (2). Despite similar prior events, Texas was caught flat footed by the extreme cold and various system failures cascaded onto each other. But at least in the Midwest, we’re ready for and used to the cold. One example: no one in the north saw gas lines freeze. It’s cold here every winter natural gas lines are buried deep enough to avoid freezing. So you might think that Texas’s woes, while scary, wouldn’t affect those here. But you’d be wrong.

We might be unconnected from the Texas power grid (3), but natural gas markets span the continental US, and Texas is a natural gas hub. What we saw during the polar vortex was a squeeze of high demand and diminished supply. Everyone was using more natural gas. All across the country, people were running their furnaces harder than any other time this year. Those with electric heat, common in the south, were using tons of electricity. Natural gas plants fired up to provide electricity that was needed (4). If you can remember back to your high school economics class, if supply is decreased or demand is increased, prices go up. If they both happen at the same time, look out. Natural gas prices soared. For about a week natural gas was 50 to 100 times normal wholesale costs. Businesses and industries exposed to wholesale natural gas prices took it on the chin.

I want to mention here that Black Hills Energy and their employees worked tirelessly during this period and were able to ensure that they were able to deliver fuel, without any interruption, to 100% of their Iowa customers.

In Iowa, natural gas is a semi-deregulated utility. Utilities still operate as monopoly companies but their costs are based on two part: the cost needed to deliver the gas to your home or business and the wholesale cost of gas. In Decorah, Black Hills Energy provides natural gas service. You can see on your bill two line items (the fixed, per month “customer charge” and a “base rate” that is charged per therm). These rates are regulated and approved by the Iowa Utilities Board and together they make up roughly half of your annual cost. The other major item on your bill is the PGA or “Purchased Gas Adjustment” (5) that reflects the wholesale cost of gas Black Hills purchased and then delivered to you.

But here’s the catch. Black Hills Energy paid an astronomical price for gas during that cold week in February. And because they pass that wholesale cost onto consumers, families and businesses across Iowa were about to be smacked in the face with a gas bill maybe 10 times (or more!) what they expected to pay.

The Iowa Utilities Board acted proactively with utilities to figure out how to spread this increased cost out over time. Black Hills Energy claims in their filing to the board that they were “required to spend as much for gas supplies during the seven-day February 2021 Polar Vortex period as it normally spends on gas costs over an entire year” and projects this cost at $95,450,000. That’s ninety-five million, four hundred and fifty thousand dollars in case you were confused by the number of zeros in that figure.

BHE asked the board to spread these costs over 36 months going forward. As proposed, all customers will pay the same flat per therm cost over this period. The exact details will be worked out with the Iowa Utilities Board but the surcharge will be somewhere between 18 and 20 cents per therm.

This will have quite an effect on families and businesses budgets. Using my own home as an example shows an even higher cost. I used 1,200 therms to heat my house this past 12 months. Assuming that annual figure stays constant, the 2021 Polar Vortex fee will cost me somewhere between $650 and $720. Black Hills Energy projects in their board filing that the average residential customer will see an increase of over $150 per year for the next three years or a total of $450.

As we look towards a future with higher gas bills, it is a great time to do what we can to lower our utility bills overall.  Our Green Iowa Americorps Team is fully vaccinated and ready to do First Step Energy Assessments for fully vaccinated households.  These assessments save customers an average of $120 annually, mostly through decreased lighting costs. Help us spread the word and/or sign up your house here!

A big thanks goes to Gary Mineart for lending his weather expertise to this article.

This article is part one in a three-part series on natural gas price increases. Part two will go in depth on the details of this fee. Part Three will cover a separate regular and permanent price increase proposed by Black Hills Energy.