4: Where the Money Goes

There are clearly many options for emissions reductions here in Winneshiek County, from agricultural sequestration projects to renewable energy to energy efficiency. In evaluating where to start, we considered not only the criteria for offset integrity described earlier, but also the following:

This last point of the cost of emissions reductions is both the fundamental economic rationale of using offsets as part of cap-and-trade regulated structures, and the cause of the widespread crisis of integrity in international markets. On the one hand, an efficient market should result in the most cost-effective reductions prioritized and implemented, wherever and whatever they may be. On the other hand, the range of potential offsets is so broad, the incentive among developers to cut corners so powerful, and the system so complex, that there is danger of offset markets and the policies behind them collapsing from lack of integrity.

Identifying the most cost-effective practices is actually not especially difficult in theory, however. McKinsey and Company have produced a number of excellent and widely respected reports in recent years, including the development of greenhouse gas abatement curves for the US and the world. In these and almost all other analyses, residential energy efficiency falls at the most cost-effective end of the spectrum. In fact, most energy efficiency improvements in all sectors can be made at substantial *negative* cost, that is, they more than pay for themselves during their useful life, even at significant discount rates.

Happily, many residential efficiency improvements also meet the criteria of timeliness and participatory approach outlined above. Also happily, Winneshiek Energy District has funding for AmeriCorps volunteers to become trained and to implement simple but effective residential energy efficiency practices right here in Winneshiek County, through a partnership with Green Iowa Americorps. Starting in the fall of 2010, the District’s Energy Corps has begun a residential “direct-install” program, including:

The “possibly” list above represents just part of what our AmeriCorps team will be doing, but not all practices will be funded with Oneota Tag funds. This is because – as will be explained in the next section – determining actual cost/ton of various practices isn’t as simple as it appears. Beyond the direct install efforts, we will also over time be organizing workshops, participatory “weatherization” days, training Luther College work-study students to participate in the direct-install, and much more.

Possibly could also refer to the fact that there *are* a wide range of potential projects beyond residential energy efficiency where we could invest Oneota Tag funds. From agricultural methane capture and use to renewable energy generation, we are not ruling anything out, we’re just starting with residential efficiency. We’re also seriously considering the possibility of “local brokering” of offsets for major projects. If a large business, or a school or unit of government, wanted to undertake a major solar photo-voltaic installation, for example, and local individuals or businesses are interested in significant offset purchases, the Oneota Tag program could function as an aggregation mechanism. 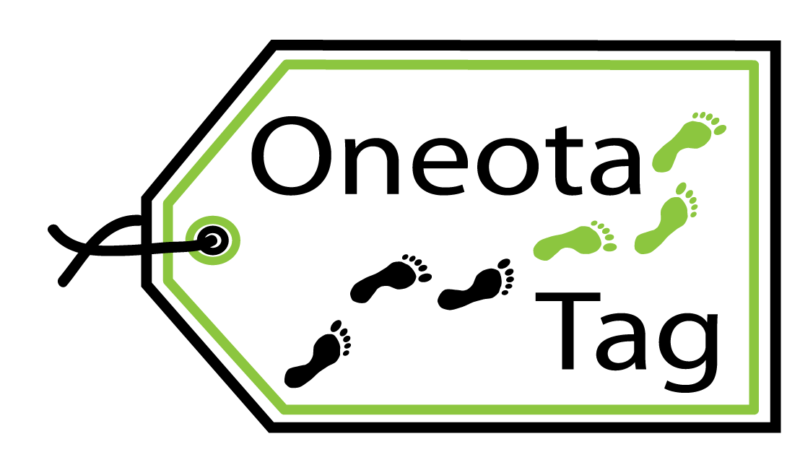 We have written a 6-part series on offsets to explain more of the problems, how we are attempting to address those problems, and how our program works. Start with the first one, or browse whatever interests you.