On the evening of Saturday, September 21st, 2019 thirty-six people squeezed in the Oneota Co-op’s Kitchen Classroom to view the documentary “Paris to Pittsburgh.”

The 73-minute film explored America’s movement toward renewable, clean energy in the face of climate change catastrophes around the country. Stories from Miami to Ventura, from Pittsburgh to Puerto Rico showed how localities are responding to natural disasters caused by a changing climate.

It was a special delight to see two familiar faces featured in Iowa’s story: Warren McKenna from Farmers Electric Cooperative in Kalona, IA, and Kerri Johannsen from the Iowa Environmental Council. Both have been featured speakers at the Winneshiek Energy District’s monthly energy breakfast program. We are doing amazing things here in Iowa!

The film was offered free to communities through Interfaith Power and Light and created in partnership with National Geographic and Bloomberg Philanthropies. The event was sponsored by the Winneshiek Energy District, Oneota Film Fest, and the Oneota Co-op Classroom. 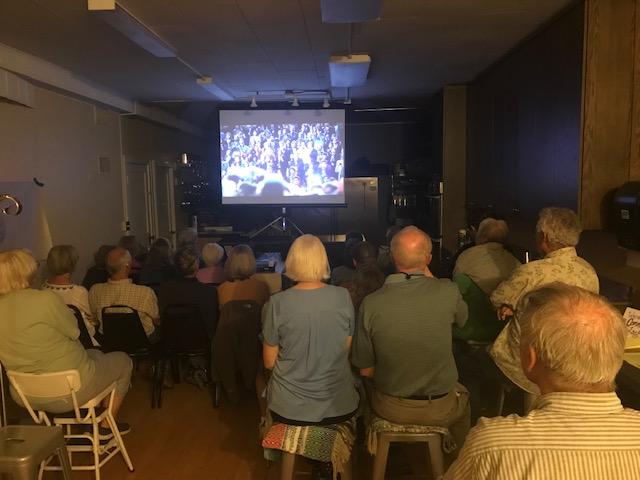