Principal sponsor KAR Auto Group (Decorah Chevrolet Cadillac, Decorah Auto group) showed up to exhibit their very first hybrid minivan: the Chrysler Pacifica, along with three other hybrid vehicles. KAR is the first auto dealer in Winneshiek County to have their mechanics certified to work on electric vehicles.

Cuck Lundby of Minneapolis brought his Tesla Model X and obliged viewers with a showing of the Tesla-programmed rock light show. “My granddaughter calls it the bunny rabbit dance”, says Chuck’s wife, referencing the up and down motions of the spaceship-like doors to the tune of a rocking Christmas anthem.

“I got back to Dubuque and my Bolt is reporting about 77 miles of range left. So that would be a total range of 277 miles given I drove 200 miles so far today” reports 2018 Chevy Bolt owner Jesse Green of Dubuque. 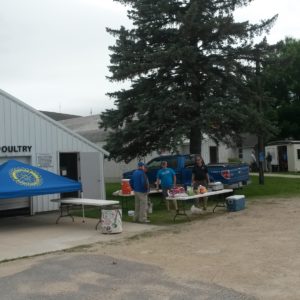 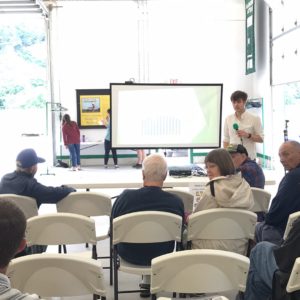 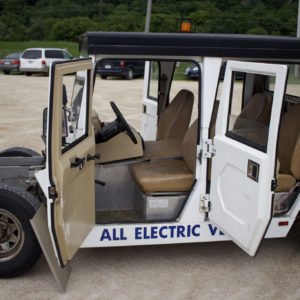 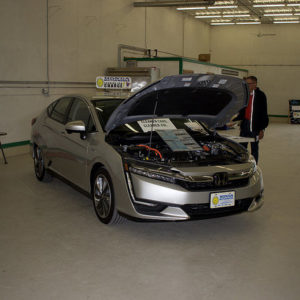 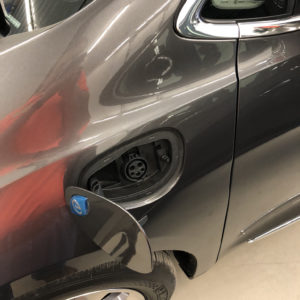 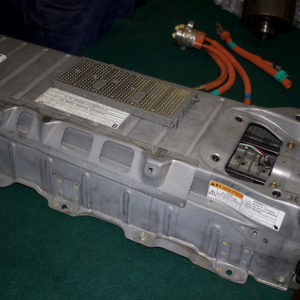 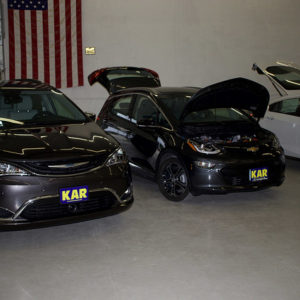 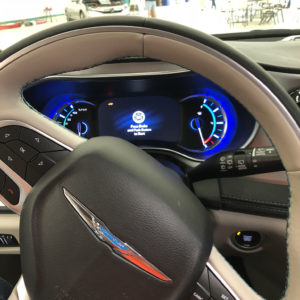 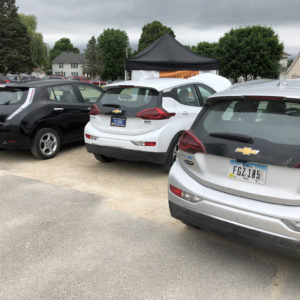 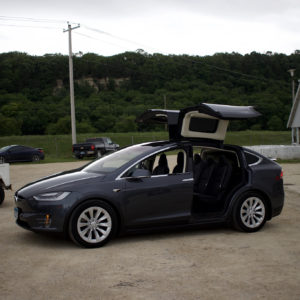 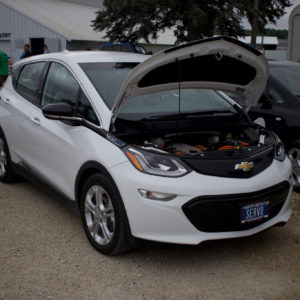 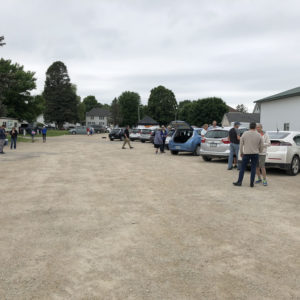 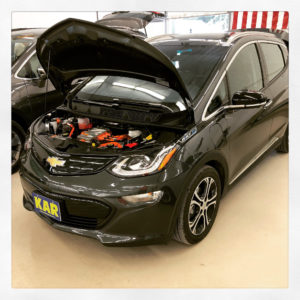 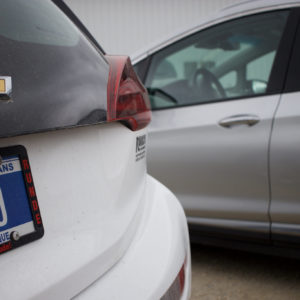